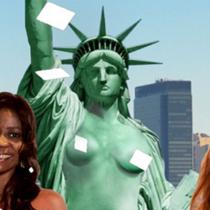 NEW YORK, August 23​ – On August 28, the women's rights organization GoTopless will hold Go Topless Pride Parades and other events in New York, Los Angeles and over 60 other cities worldwide for the 9th annual GoTopless Day, according to a statement released today by GoTopless.

She said New York is the ideal location since it's already legal for women to go topless there.

“Since 1992, New York has been one of the world’s few cities to legally recognize women’s topless rights,” Perrier said, adding that the past year has helped to further that right elsewhere. “The movie ‘Free The Nipple’ was released, and actresses and performers like Scout Willis, Rihanna, Miley Cyrus, Lady Gaga, Iggy Azalea have been baring their nipples publicly in support,” she explained.

GoTopless is inviting both men and women to “stand up with topless pride” on Aug. 28 to honor the 96th anniversary of Women's Equality Day and to support the​ passage of the Equal Rights Amendment.

“Spiritual leader, ​Maitreya Rael, who inspired the creation of​ GoTopless and founded the Raelian Movement, says there must be absolute equality between men and women to ensure the preservation of society,” Perrier stated. “Centuries of gender inequality and exclusive male rule created major planetary imbalances that could prove fatal to society. It’s time for change!”

She said enforcement of equal topless rights is a crucial aspect of gender equality.

“Dr. Marcus Wen​ner explains how banning the female bare chest harms brains of women and girls,” Perrier said. “It’s liberating and empowering for women to free their bodies from repression. Freeing nipples and bodies frees minds as well, restoring self-image and self-esteem. Therefore, our topless pride parades will overflow with bare breasts, joy and fun. A giant balloon in the shape of a pair of breasts will float in the NYC's sky.  We’ll conclude at with a speech at the Dag Hammarsjold Plaza about GoTopless and the cultural revolution it is creating.” 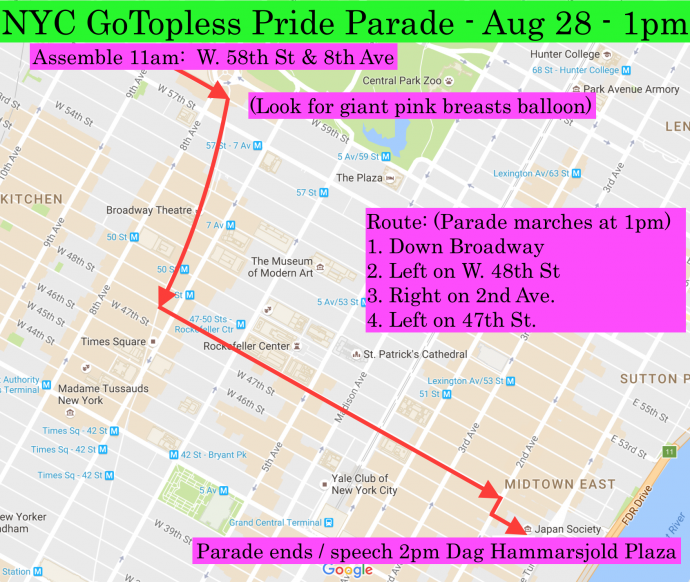