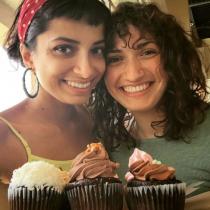 TORONTO, Aug. 1 – According to a statement released today, the women’s rights organization GoTopless (gotopless.org) is congratulating organizers of the group Bare With Us for echoing GoTopless’s activism. Both organizations stand for equal gender topless rights and encourage other women to exercise those rights.

Members of the Toronto GoTopless branch will also join a Bare With Us protest being held in Waterloo, Ontario, today. Their message is very simple:

"As long as men are allowed to be topless in public, women should have the same constitutional right, or else men should also have to wear something to hide their chests.” These are the words of spiritual leader Maitreya Rael, founder of GoTopless.org.

“We would like to remind everyone that it’s legal for women to go topless in Ontario and that doing so hasn’t been considered indecent there since 1991, thanks to Gwen Jacob, a young activist who made history,” said Diane Brisebois, leader of the Toronto GoTopless branch and spokesperson for GoTopless. “So how is it possible that in Ontario, even today, many police officers are so ill-informed about this law that applies within their province? Women who are merely exercising their legal rights and enjoying the nice weather are getting arrested and being humiliated. Why?"

Brisebois said the need to protest has become more and more obvious recently.

“In the past several months, women and girls going topless have experienced many discriminatory situations throughout Canada,” she explained. “We must remind the police and the public that going topless is completely legal everywhere in Ontario and that the continuing harassment will not be tolerated.”

She added that GoTopless members have an additional reason for participating in protests.

“We’re celebrating our 8th GoTopless anniversary this year by demonstrating in several U.S. and Canadian cities as well as in other cities around the world,” Brisebois concluded.