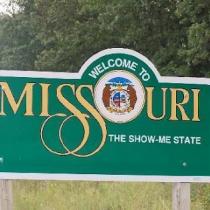 Back
Tweet
LAS VEGAS, July 28 - GoTopless, a women’s rights organization fighting for female constitutional rights to go topless in public on the basis of gender equality, is moving to include the city of Columbia, Mo., as a rally location for its 5th annual GoTopless Day on August 26. The date was selected to honor and coincide with Women’s Equality Day.

“Sergeant Schlude was specific when she told me there are no indecent exposure laws in Missouri,” Gary said. “Although she mentioned a statute that addresses ‘sexual misconduct,’ she emphasized that a woman going bare breasted in public wouldn’t be breaking the law unless she were also involved in a lewd or sexual act at the time.”Schlude sometimes has to educate fellow police officers on this aspect of Missouri law to prevent wrongful arrests, according to Gary.

“Officers need to know current law,” Gary said. “Otherwise, women will continue to suffer the indignity of being arrested for something that’s perfectly legal, and cities will continue to be sued for wrongful arrests.”

She said GoTopless encourages all women in Missouri to exercise their topless rights.

“We urge them to go topless not only on Aug. 26 but on any other day!” Gary said. “Men don’t think twice about removing their shirts on hot summer days, and women shouldn’t have to think about it either!”

Maitreya Rael, human rights activist and spiritual leader of the Raelian Movement (rael.org), founded GoTopless in 2007 to fight against “unconstitutional, gender-biased laws that eliminate topless rights for women in most U.S. states.”

“Since then, women have become increasingly resentful of this gender discrimination,” Gary said. “They’re standing up for their topless rights by adopting our GoTopless motto: ‘Free your breasts! Free your mind!’”

“Outdated, rigid morality is often the source of topless inequality, but that mindset is a personal, subjective matter that has never swayed our Constitution,” said Donna Newman, a native Missourian and spokesperson for GoTopless. “It must also be kept from stifling our local laws.”

For a “boob map” of GoTopless rallies, see [link].