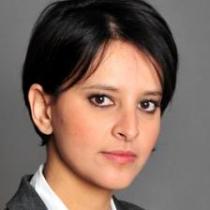 Back
Tweet
To, Ms. Najat Vallaud-Belkacem
Minister of Women's Rights

Please accept our sincere congratulations on your recent nomination to this very important position, one that is vital for the evolution of our society.

As August 26th draws near, anniversary of the Declaration of Human Rights , which ensures equal rights for all – a tenet with a built-in constitutional value – the GoTopless organization would like to call your attention on a very unpleasant situation instigated by the authorities during a demonstration that took place in Paris last year.

As a matter of information, GoTopless was founded in 2007 by Rael, spiritual leader of the Raelian Movement. Each year, on this day, numerous marches take place around the world to celebrate gender equality, and thousands of women and men of various beliefs, religious affiliations, and sexual orientations take part in the event.

Simply put: so long as men have the right to walk in public with their bare chest exposed, women should have that same right. In other words, topless for all or for no one. This is gender equality in its simplest form and it is even proclaimed in the preamble of the 1946 Constitution, which means it has a constitutional value.

A year ago, for the first time in Paris, an awareness march was organized to encourage women to use their constitutional right to be “topless” in public. At one point during the event, the Paris police illegally surrounded a small group of six women and three men that was in the process of joining the larger group and ordered them to stay still.

Following this most bizarre police intervention, the six women were then taken to the police station where they were detained for several hours and deprived of their freedom and their right to participate in the march. No reason or explanation was ever given to them. Meanwhile, the men were able to proceed to the march without having their freedom infringed by a sexist and unprincipled police force.

On August 26th of this year, a march will again be organized in Paris. It will evidently be an opportunity to publicly denounce, on an international scale, the attitude that France, a country that pretends to champion Human Rights, has when it comes to gender equality.

How is it possible for a country that has witnessed, on August 26th 1789, the birth of the Declaration of Human Rights to become so extremely indifferent and disrespectful of these rights?

When it comes to gender equality, the inequality could not be any more obvious. The responsibility and accountability of political officials are vital when dealing with the pressure by religious and conservative lobbyists.

As the new Minister of Women's Rights, will you accept that women’s equality and freedom be jeopardized or replaced by these ideologies and anti-constitutional practices?

Will the police authorities protect women’s rights or will they ally with conservative forces by prohibiting women from exercising their constitutional rights?

Almost 40 years ago, when Golda Meir, then Prime Minister of Israel, was asked that a curfew be instated for women in order to end a series of rapes, she astonishingly replied, “It is men who attack women. Men are the ones who should stay home.”

In the eyes of GoTopless activists, the choice of freeing their breasts is a bold and bona fide political statement in order to free their minds from the cultural and religious taboos that currently oppress women.

This statement is meant to open the way to more freedom for the entire society that no longer wishes to be under a yoke imposed by an aged Puritanism. To be covered or to be bare: Only women should make that choice and only women should have that freedom.

And contrary to what well-intentioned authorities would have us believe, the madness isn’t to be topless outside on a hot summer day, but rather that only men are entitled to be so…

Please do not hesitate to contact us, should you require any further information or request a meeting with a representative so that we can put an end to this discrimination once and for all.