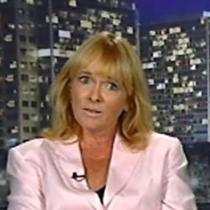 DAYTONA BEACH - -An appellate court has thrown out Daytona Beach's attempt to overturn the acquittal of an Ormond Beach woman who has bared her breasts in political protest.

Liz Book, the self-proclaimed "top-free" revolutionary, has been twice acquitted of violating laws during her protests, which are aimed at allowing women to go topless.

However, city officials appealed one of those cases and on Friday, the Fifth District Court of Appeal dismissed the city's request to rehear the case and didn't give the city a written opinion on why the case has been dismissed. The decision prevents Daytona Beach from appealing the case to the Florida Supreme Court.