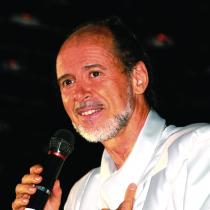 Back
Tweet
Spiritual leader Maitreya Rael (rael.org) founded GoTopless in 2007 following the news that Phoenix Feeley, a topless rights activist won a law suit against the city of New York where police officers had wrongfully arrested her two years earlier.

In this recent interview, Maitreya Rael, speaks about GoTopless and the impact of women going topless in society.