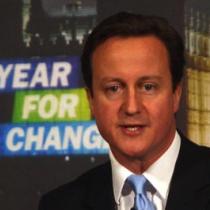 If I may take this opportunity to introduce myself, my name is Tamzin Brown and I am running a demonstration in London this day, Sunday the twenty-sixth of August, two thousand and twelve, in conjunction with Glenn Carter and GoTopless.org

Our protest is designed with the intent to highlight a socially ‘acceptable’ bigotry and to call for a clarification in the law regarding topless nudity.

The work of previous British Governments in making nudity laws by enlarge none discriminatory is commendable. However, the grace that these laws afford, when enforced by both the police and local authorities, almost uniformly do not extend to women and are in need of clarification.

In polite society it appears more acceptable, or indeed only acceptable, for a male to bare his chest in a public place and not a woman. Remembering that men also were classified as ‘indecent’ for baring their chests not a century ago and that now it is considered completely normal. Men also are free to walk past Downing Street in the summer with no coverings for their nipples, but not women. Men are also often seen topless on TV prior to any ‘watershed’ without any concern but not women. Is this not a double standard that restricts women’s freedoms and equal rights?

All of this only serves to prove that we as a society view female topless nudity, in effect my body, as only ‘Sexual’ and therefore inappropriate, ‘indecent’ or even ‘obscene’ if viewed anywhere outside of the bedroom. This apparent generic and normalized discrimination is in fact what is inappropriate, not the exposure of the female body.

I and we freely acknowledge the need for decency laws and willingly abide by them. However, this double standard of what is deemed as ‘decent’ or ‘indecent’ when being applied to male or female topless nudity by the individual is where the grey area exists within current legislation, which clearly needs to be updated.

I received these comments in a letter from the ‘Westminster Events Office’:
Whilst public nudity is not an offence in isolation, nudity or degrees of nudity can possible constitute a number of offences dependant upon its "purpose"," nature" and "location"
.

All of these points are clearly open to interpretation dependant upon the individual enforcement officer’s personal bias. This approach surely is not satisfactory when the possible outcome is an infringement of ones equal rights.

As you are completely aware we live in a pluralist society and I implore you to speak out and clarify this grey area of what is deemed decent or indecent within British law. The ability for each law enforcement officer to make his own decency judgment, imposing his or her personal bias upon the law limits my legal freedoms and is clearly a wholly inconsistent approach to enforcement.

The sooner we as a society cease from tolerating mindless or unconscious discrimination and address these inequalities, in all of their forms, the better. We, both male and female on this day are using our bodies to highlight an inequality between the treatment of men and woman. It is possible that this message will be happily lost in any press generated by our event, however I trust that this message will not be lost on you.

My breasts, covered or not, are not indecent nor should they even possibly be categorized as offensive.