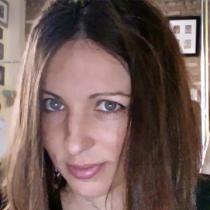 Back
Tweet
LAS VEGAS, Aug 5 – After five years of fighting for women's topless rights, Phoenix
Feeley of New York City has decided to protest her incarceration with a hunger strike as she begins a jail sentence at the Spring Lakes NJ county jail, imposed for going bare-chested on a New Jersey beach.

"State and local laws are all over the map on the issue of women's topless rights," said Nadine Gary, spokesperson for GoTopless.org, a group founded by international spiritual leader Rael after he heard of Feeley's first arrest in New York City seven years ago. GoTopless claims women's constitutional right to go topless in public on the basis of gender equality.

"Ms. Feeley won a lawsuit against the New York Police Department in 2007 after being wrongfully arrested for going publicly topless there," Gary said. "She won that round, but another round started after that when she went topless on a beach at Spring Lake, N.J. in 2008. She was merely exercising her gender equal rights under the U.S. Constitution. Men throughout the United States have enjoyed going shirtless legally for the last 80 years. That includes all the men around her on the beach that day."

At Spring Lake, Feeley refused to cover up when police told her to. She was subsequently handcuffed and taken to a psychiatric ward, where she was involuntarily confined. On the door of her locked room was this notice: If a patient poses a threat to self or others, he or she must be evaluated by a doctor.

"In this case, a woman's nude torso was somehow deemed to cause a threat to others, but a consultation with a doctor never happened," Gary pointed out. "Nevertheless, she was asked to pay $1,400 for her forced visit to the mental facility. The police were wrong to take her there, because standing up for your constitutional rights doesn't mean you're mentally deranged!
This arrest was in gross violation of a citizen's rights, and the police officers involved should be prosecuted!"

Feeley took her case up through the N.J. courts.

"In the municipal court, the judge said he'd have her thrown in jail if she went topless again in his town," Gary said. "But the superior court judge seemed to uphold her constitutional topless rights, saying she wouldn't 'be made to sit in the back of the bus.' He was referring to Rosa Parks, of course."

The appellate court brought no resolution and the case reached the New Jersey Supreme Court, which refused to hear it.

"At this point, Phoenix has reached out to the U.S. Supreme Court," Gary said. "We're hoping it will rule in favor of a woman's constitutional right to go topless in public on the basis of gender equality. That would settle everything once and for all."

But Gary is aware that the process takes time, and there's no guarantee the U.S. Supreme Court will hear the case.

"In the meantime, Phoenix has begun serving her jail sentence after rightfully refusing to pay for her forced stay in the psychiatric ward," Gary said. "As we went to press, she was set to begin a hunger strike the moment she arrived at the jail. She will be supported throughout the United States and throughout the world as GoTopless prepares to launch its 6th annual GoTopless Day protests on August 25 in honor of Women's Equality Day."