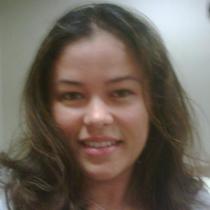 Back
Tweet
The following is the personal recount of Judith Sherwood, a young women who recently joined GoTopless and who lives NJ. She organized a GoTopless protest on Sat. Aug. 10, in front of the Monmouth County jail in NJ where topless activist, Phoenix Feeley, is being incarcerated for a period of 16 days for violating nudity laws (by going topless) back in 2008. Phoenix refused to pay these discriminatory "indecency" fines and after going through all the NJ courts unsuccessfully, she was sent to jail. She decided to also go on a hunger strike to further protest this discrimination. Last week, she has written a Direct Appeal to the US Supreme Court to hear her case. Today's protest marks day 5 of her hunger strike and she had 11 more days in jail.
As Rael, founder of GoTopless reminds everyone, the right to go topless in public for women is solely a case of gender equality protected by the 14th amendment of the US Constitution. Note that and no "moral sensibilities" claim can override this Constitutional Equal Protection Clause.

"When I was given this protest assignment earlier this week, I first thought I was just going to "wing it" and see how it went. It's important to note that the leaders of GoTopless helped me "prepare" for this type of assignment by sending me Rael's speech about GoTopless and recommended watching the movie "Iron Jawed Angels." Rael's speech helped a lot and brought a lot of things into perspective. (see speech link below article)

I didn't watch the entire Iron Jawed Angels movie (about women's struggle for their equal right to vote in the 1900's) and saw snippets on youtube which were very helpful.

I've also never done a protest before and have rolled my eyes at protests I've seen in the past. It's a completely different story when you're involved in one yourself. When I rolled my eyes before, I now see how some people could have done that to me today. I also didn't know what to expect and made sure my dog would be taken care of if I were to get arrested. I even went as far as memorizing someone's phone # for the "1 phone call" you get when you're supposedly arrested-LOL! I haven't memorized a phone # since like 1997!

The important thing is that I was determined to do my best and let things take their natural course which was sort of liberating. I've always been the type to do what's safe and follow the crowd so this was very unusual for me.

I now think I've worked up enough courage to march in the go topless parade in NYC (Bryant Park) on the 25th. And that my friends, is a beautiful thing.

So, I went out this morning not knowing what to expect. I made sure to meditate last night &amp; the last image in my mind as I drifted off to sleep was Phoenix's but I didn't sleep more than 2 hours. I think it was the anticipation and the unknown that kept my mind racing.

I wasn't nervous at all when I parked in the jail parking lot and I met with Sue (a local girl who wrote GoTopless when she heard the news) promptly at 8:30 am.Sue had flagged down what looked like a security officer (couldn't tell by the uniform and he didn't have a gun) who told us we weren't allowed to protest directly in front of the jail, that we had to go out to the sidewalk entrance on Waterworks Road (further down the hill).

We quickly set up in front where we were allowed and 2 police officers parked in the entrance observing us. Around 8:45am a reporter &amp;amp; cameraman from the Asbury Park News came to interview us. They stayed for over an hour and were approached by 2 reps from the sheriff's office and proceeded to interview them a few feet away from us. Another man from a Monmouth county conservative blog interviewed us and asked if we were going to take off our tops at any point. When we said no, he sarcastically asked why it was ok for Phoenix to be in jail but we didn't "feel like being arrested."

Sue and I had our signs up the whole time so that any cars passing or entering into the jail would see us. Some slowed down to read the signs, others sped by, and a few even stopped to talk to us. The reactions were mixed from a thumbs up to a smile to no reaction and just sped off in their cars. Some people waved &amp;amp; beeped at us and some men gave us thumbs up.

Around 10:40am, a lesbian couple joined us to support us. One of the 2 ladies had seen an article in the Asbury park news that a protest was being held &amp;amp; asked her girlfriend to come help us (they lived an hour away from the jail). Around this time is when a reporter from the Fox news affiliate arrived. One of the women in the couple helping us protest was a breast cancer survivor and was very vocal. They stayed for about an hour as they had to go to another appointment.

The Fox Reporter interviewed each of us separately &amp;amp; asked the police officers parked in front if she could visit Phoenix and was told the same thing as us, that she's in the infirmary and is not allowed visitors. I had a letter of support to deliver to Phoenix with many articles published about her this week but I was told I couldn't leave the envelope at the desk and had to mail it.

I learned a lot about myself today. When I got out there and saw it was going to just be the two of us protesting at first, I got a little disappointed. The longer I stood out there, the more I realized that sometimes the littlest voices are the loudest. I also learned that I'm not as shy as I thought, females need to support each other more often, not all of us think alike or has the same views and that's ok. All in all, a very interesting experience and the feminist or the "feminine" as GoTopless women call themselves in me has been unleashed."[/i]