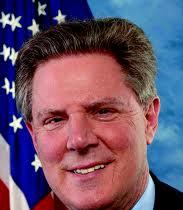 My name is Nadine Gary, and I’m writing to you on behalf of GoTopless (www.gotopless.org), a U.S. women’s group devoted to obtaining our constitutional right to go topless in public wherever men have that right.

During Asbury Park's Night Out last week, you were asked by reporter Art Gallagher about GoTopless activist Phoenix Feeley, who is currently into Day 8 of the hunger strike she has begun as an inmate at the Monmouth County Jail. This brave woman has not only gone to jail, serving a 16 day sentence but stopped eating to protest discriminatory topless laws in New Jersey.

Ms. Feeley went through the N.J. court system to fight for her constitutional rights and she is now appealing her case to the U.S. Supreme Court. We hope it will rule on this important gender equality issue that until now has been neglected at the federal level.

You were visibly taken back by the question about women's topless rights. In addition, the woman next to you, whom we assumed to be your political advisor, whispered to you in a very dismissive tone that the Feeley case is nothing but a simple matter of “indecent exposure.” With this statement, she proved herself woefully uninformed.

To the contrary, Feeley’s arrest for doing something men do without a second thought is a serious violation of the gender equality provision guaranteed by the U.S. Constitution.
International spiritual leader Rael, who founded GoTopless, explained topless gender equality this way: “If men have the right to go topless in public, then women must equally have that same right, or men should also be forced to hide their chests.”

The Equal Protection Clause of the 14th Amendment obviously applies to gender equality, just as it did when women sought the right to vote in 1920. Remember that in those days, it was considered “indecent” for women to even want to vote! Alice Paul, who by coincidence was born in New Jersey, dedicated her life to securing equal rights for all women and obtaining their right to vote. Today, Phoenix Feeley is dedicating her life to a different aspect of equal rights: topless rights.

Suffragette activists, like Phoenix Feeley and other topless activists today, willingly went to jail for claiming their rights. That is why our annual GoTopless Day protests have been held for the last 6 years on or near Aug 26, Women’s Equality Day.

To abide by the 14th Amendment, a number of states, such as New York in 1992 (as a result of The People vs. Santorelli), have already granted women the legal right to go publicly topless. New Jersey, along with all other U.S. states, is obligated to do the same.

That shouldn’t be difficult. Consider the excerpt below of a N.J. court statement from the case of Lewis vs. Harris (For your convenience, I have italicized a few things that are especially important.)

Since the N.J. Supreme Court has refused to hear Ms. Feeley's case, her only recourse is to appeal to the U.S. Supreme Court so it can rule on this basic gender equality matter.

We hope the information in this letter will better prepare you to address this very important women's equal rights matter in the future.